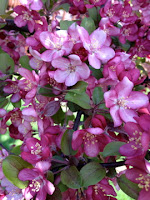 The following is a flash fiction piece that I wrote a couple of years ago, called Boxed Life. As with all content here, copyright applies (©Veronica Randolph Batterson).

She turned on the light and allowed her eyes to adjust.  Thirty years.  Nice and neat, stacked compactly in a corner of her basement.  Three decades taking up as much space as the treadmill, an old rocking chair and dog crate, none of which were used anymore.
Are memories like collectibles, packed with bubble wrap and put away in storage?   Were they fragile things to recall when nostalgia demands a person to reminisce after a certain song is played on the radio?  There were some things she wished would never resurface, many too painful for her heart to recall.  Other recollections provided a sense of accomplishment only she could understand.
She opened a box.  A first date, an engagement and a marriage leapt from the contents.  Photos of a large wedding and a honeymoon in Italy were tucked away.  A series of new jobs, vacations and living arrangements, until the perfect house for a family was found, were scattered within the memorabilia.
Pregnancy was not kind to her, with three miscarriages, until she finally gave birth to the perfect son.  There would be no more children, but her life was consumed with her only child, often to the exclusion of her frustrated husband.  Birthdays and holidays followed, year after year and shared with family and friends.  Many times her husband found excuses to be absent.  With each one, his absence was reflected in the photographs, which did not contain his image.
There was kindergarten, a traumatic time in her life. How could she possibly give her five-year-old to a stranger nearly every day for nine months?  She suggested home schooling until her husband put his foot down, stating a child needed to interact with others his own age.  Elementary school followed with play dates and Boy Scouts.  When middle school entered their lives, her husband barely acknowledged her presence, and her son suddenly changed from the angel she knew him to be to a stranger she tried desperately to get to know.
Attitude and anger nearly drove her out of her mind when high school made its presence known.  Disposition improved but other issues loomed.  Driver’s education classes and a learner’s permit tested her patience sorely.  Her husband always fought with their son when he had to be the designated passenger, so it fell on her shoulders to be the driving instructor.  School concerts, parent-teacher meetings, basketball games, homecoming, summer jobs and dating packed into four years of her teenager’s life.  Suddenly graduation loomed and her own life stared back at her, laying bare emptiness and few possibilities.
On the day they took their son to college, it felt as if her heart were being ripped from her chest. She walked blindly through his dorm room, helping him unpack, keeping busy to prevent the tears from flowing.  She remembered conversation was light but strained.  No one wished to discuss how she was feeling.  When it was time to say goodbye, she promised to call her son after they made the four hour drive home.  He promised to call and text message whenever he could.  Her husband said little.
Two hours into their drive, her husband said that he wanted a divorce.  She felt nothing but numbness. He had found someone younger, prettier and more successful, someone with a career and independence.  He said she could have the house.
So here she was with that house, in the basement that contained thirty years of her life, boxed nice and neat, as if that had been a reflection of the years she had lived.  She stared, hardly believing where time had fled and fate had taken her.  She was happy once.  Could she ever feel that way again?  Her husband was gone, her child was grown and her house was too quiet.  Suddenly she was no longer needed in the capacity she had known for nearly nineteen years.
Turning off the light, she left the boxes.  They would be there tomorrow, just like her memories.

Posted by Veronica Randolph Batterson at 4:44 PM No comments: