Posted by Veronica Randolph Batterson at 5:06 PM No comments:

I don't have a Pinterest page but I'm told a couple of photographs on my Fine Art America account have been "pinned" (admittedly, I really don't know what that means) several times.  Maybe I'm behind the times but if I can keep the social media requirements to a minimum I can get a little more accomplished, so I probably won't be joining Pinterest anytime soon.  I do, however, appreciate those who are sharing my work.  Photography is a hobby I enjoy, so I'm happy if others like the work in my FAA portfolio.  A couple of the images receiving Pinterest attention are below, with the links to them and to my Fine Art America artist account. 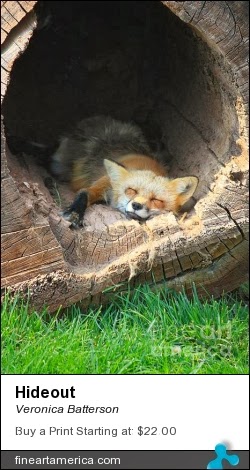 As always, I appreciate all who read my blog, my fiction, poetry, books and those who look at my photographs. All work is copyright protected.

Posted by Veronica Randolph Batterson at 1:02 PM No comments: