Often I get asked to donate one of my books or photographs to benefit charitable auctions and non-profit events.  From a recent League of Chicago Theatres Gala to an upcoming Association for Individual Development fall auction, I'm always happy to help.  Prints of my photographs can be found at www.veronica-batterson.artistwebsites.com.  If anyone reading this post is in search of auction donations, take a look at my work, then contact me if you're interested.  I'd be happy to provide an autographed copy of one of my books, as well.  Daniel's Esperanza, Billy's First Dance and Funny Pages are sold on Amazon, as well as other sites.  For donations, however, the books would come directly from me.  Comment here if you're interested, or send me a message via my website www.veronicabatterson.com or the Fine Art America site.

A couple of upcoming events: I'll be attending the Grand Opening/Ribbon Cutting Ceremony for the new Santori Library in Aurora, IL on June 14.  The event runs from 1-5 p.m.  Also, another Author Fair in September: Aurora Public Library's "Catch a Bunch of Authors", September 12, 2015 from 2-4 p.m.  More information will be provided as the date gets closer.

I've been working on the manuscript for the new book and I like the way it's going. I hope to get another short story posted here soon.  Thanks to all who continue to read these posts.  It's always appreciated. Sharing some screen shots of new prints from the Fine Art America site. 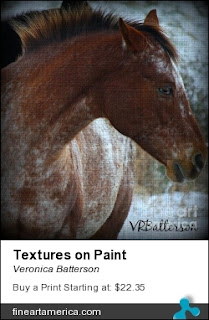 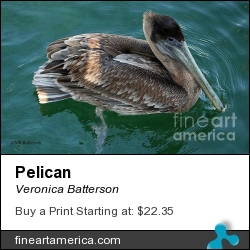 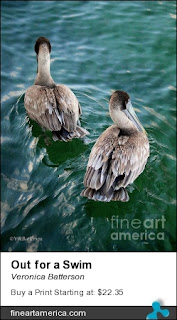 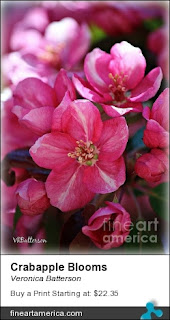 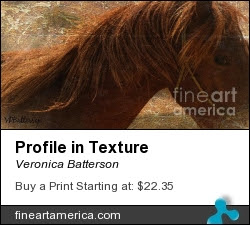 Posted by Veronica Randolph Batterson at 4:39 PM No comments:

Mother's Day a Year Ago...Luka Bloom and the Blackhawks

What a difference a year makes.  When Mother’s Day of 2014 approached, I was one month away from seeing my younger daughter get married; the first weekend of May, I hosted a bridal shower for her.  I’d been working on my latest book for three years, and dealt with two literary agents who kept the manuscript for an entire year between the two of them.  I truly felt at least one of them would be interested in representation based on the feedback and vibes I was getting.  When they passed on the project, I endured the blow of rejection once again.  Trying a different publishing route, in May I began working with a cover designer that didn’t pan out.  Enter another designer and deadlines with the publisher I eventually chose.  The book was published in August.  Also in August: moving said daughter and new son-in-law to Colorado.
It’s fair to say with all of the above and the wedding planning that had taken well over a year’s time, I wasn’t myself.  I was exhausted, run down, not sleeping and couldn’t get farther than the day’s lists of things I had to do.  My health and immune system went a little under the weather, too.  An EKG revealed I needed to have an echocardiogram and wear a 24-hour Holter monitor to determine the source of heart palpitations and an irregular heartbeat.  My thyroid levels were out of sorts.  Months of blood work and adjusted doses of medication followed.  All is well now but stress and worry do affect your health.
With all of that going on, I think Mother’s Day was an “anything you ask for” kind of holiday last year…a Saturday and Sunday event.  On the day itself, my husband and I went to a Chicago Blackhawks playoff game and, incidentally, they played the same team in the second round that they’re playing now.  Saturday was spent at the Old Town School of Folk Music, attending a concert by the Irish singer and songwriter, Luka Bloom.
I can’t remember how I started listening to Luka Bloom’s music, but I’ve been a fan of his for quite some time.  He’s described as a contemporary folk artist and I think his sound is beautiful, haunting and unique; his lyrics read as poetry. When I discovered he was touring the United States and Chicago was one of the stops, I knew I had to get tickets, as I wasn’t sure if he would tour the US again in the near future.  It was my first concert of his and it was as good as I’d expected it to be.
If I had to recommend some of his music, a few of my favorites (originals and covers) include Lighthouse, Diamond Mountain, Everyman, Listen to the River, Exploring the Blue, See You Soon, Dreams In America, Me and My Guitar, Throw Your Arms Around Me, If I Were A Carpenter and The First Time Ever I Saw Your Face.  The latter two are, I’ll admit, the most romantic cover versions I’ve ever heard of the two.  Probably many women of my generation who are Luka Bloom fans would agree.
So Mother’s Day will be a little quieter this year for me.  However, this time next year, daughter number one will be walking down the aisle.  I hope to at least have the first draft of the book I’m working on finished by then, but I’m making no promises.  However, if it all comes together, I’d better start making plans…I’ll probably need to recuperate again.
Happy Mother's Day to all.