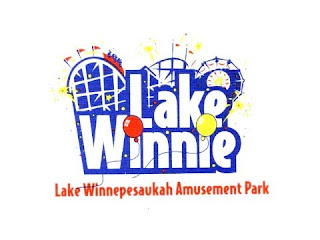 When my daughter was in college, she spent a summer working at Cedar Point, an amusement park in Sandusky, Ohio.  Calling itself the “Roller Coaster Capital of the World”, it has seventeen coasters in addition to nineteen thrill rides.  Given that billing, I suppose the family and kid oriented rides in the park don’t garner as much attention, but there is something for everyone.  I saw this when we returned to collect her at the end of that memorable summer.
I should add that my daughter loves roller coasters so it was probably a dream job for her at the time.  She returned to the park recently for a fun weekend with her husband, and I couldn’t help strolling down memory lane, recalling my own amusement park experience.  While I like to think her love for coasters might be from me in some small way, it really isn’t.  She also loves horror movies, and well, that definitely is not from me, but coasters/horror films/being scared out of your wits might go hand-in-hand.  I do, however, have fond memories of an amusement park that I grew up loving.
In 1924, Carl and Minette Dixon purchased approximately 100 acres around a nine-acre lake in Rossville, Georgia (just under ten miles from Chattanooga, Tennessee) with the intent of creating a family swimming and picnic park.  On June 1, 1925, it opened to 5,000 guests.  A year later, the Dixons added a concrete swimming pool which was one of the largest in the south and the amusement park was founded.  Named “Lake Winnepesaukah” (its Native American meaning being “bountiful waters” or “beautiful lake of the highlands”), the park saw its first ride within the year.  The Boat Chute, designed and built by the park’s founder, is the oldest and last mill chute water ride in the U.S. according to the National Amusement Park Historical Association.  It remains one of the most popular rides in the park today.
Staples of the park followed: Mad Mouse Roller Coaster (1960), Cannonball Roller Coaster (1967), Antique Carousel (1968), and The Castle (1969).  While the swimming pool was eventually removed, the rides took its place, and no one seemed to mind.  In addition, the Ferris Wheel, Alpine Way (Sky Lift), Antique Cars, and Bumper Cars can still be enjoyed today.
As a child, I remember the Kiddie Boats, Swings, Motorcycles, Train, and picnics under the shelter.  The spectacle to see was always the beautiful Carousel, or “Merry-Go-Round” as I remember calling it.  It is one of the oldest and largest carousels in the United States and features 68 hand-carved wooden horses, and was originally featured in Atlanta in 1916. I loved it even when I grew taller and brave enough for the “older” rides.
While the wooden roller coaster was recognized for its vertical drops and speeds up to 50 mph, I gravitated toward the rides that would spin and fling.  The Scrambler, Tilt-a-Whirl and Bobsled (now known as the Matterhorn) provided my fix for thrills at the amusement park level, but my favorite ride was called “The Spider”.  Spinning, flinging, up, down and all around, simultaneously.  Other than those who got sick on it, who couldn’t love it?  While I can proudly say that I never lost my lunch, I was once the unfortunate recipient of someone who wasn’t so lucky.  Maybe that’s why the beloved ride is no longer in operation.
As for those roller coasters (and this is for my daughter):  if I had to choose a favorite, I would head south a couple of hours. The Mindbender at Six Flags Over Georgia in Atlanta was it for me.  Three loops.  I suppose that’s all anyone needs to say about it, but by today’s standards it is probably rather mild.  And while the large mega-parks no longer appeal to me because of huge crowds and long lines, I do have a special fondness for Six Flags Over Georgia.  Hey, when you got to see Cheap Trick in concert there in the early 1980s as part of your admission price, how can it not be special?  But give me Lake Winnie any day.
Lake Winnepesaukah holds many memories for me; it was my introduction to amusement parks, and provided a lot of childhood fun.  It was special and something to look forward to during those carefree days of summer.  Years later when I worked in television, I was at Lake Winnie producing a television show and judging a weekly “Battle of the Bands” competition. Fast forward a few years and I, too, introduced my small children to the excitement of the amusement park rides.  I watched while they rode and laughed on the same rides of my youth.  Full circle.
For over 90 years, the park continues to be family-owned and operated with nearly 40 rides and attractions. A five-acre waterpark was added just a few years ago.  Lake Winnepesaukah was named by Travel and Leisure Magazine as one of America’s Top 10 Family Amusement Parks.   For more information, visit the website at www.lakewinnie.com.