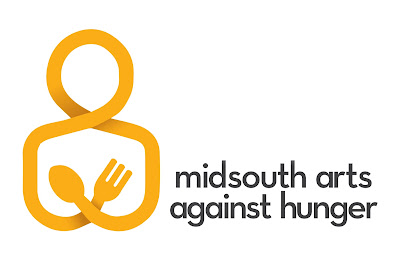 The third annual Mid-South Arts Against Hunger Food Drive is underway.  Many thanks to the great arts organizations in the Memphis area who are participating and offering incentives to patrons who donate non-perishable food items. The drive ends on December 20th, and benefits the Mid-South Food Bank.  I'm grateful to the Orpheum Theatre and Halloran Centre for Performing Arts and Education, Theatre Memphis, Playhouse on the Square, Dixon Gallery and Gardens, Brooks Museum, Blues Foundation & Blues Hall of Fame, Arts Memphis, Ballet Memphis, Opera Memphis, and the University of Memphis College of Communication and Fine Arts.

Posted by Veronica Randolph Batterson at 7:25 PM No comments:

November 11, 2018 marked the 100th anniversary of the end of War World I.  At the “11th hour of the 11th day of the 11th month” in 1918, an armistice was signed between the Allied Forces and Germany ending what many referred to as The Great War, one of the most catastrophic wars the world has ever seen.  The conflict lasted four years, and those who fought in it endured some of the most brutal forms of warfare ever known.
In 1915, Canadian John McCrae was inspired to write a poem after presiding over the funeral of a friend and soldier who had been killed in the Second Battle of Ypres (in the Flanders region of Belgium).  McCrae observed how poppies grew over the graves of the fallen soldiers, and wrote one of the most well-known poems of the war.  Its publication resulted in the poppy becoming the most recognized memorial symbol for soldiers who died in conflict.
In honor of Veterans Day (formerly Armistice Day in the US) recognized November 11, and Armistice and Remembrance Day observances around the world, the beautiful poem is worth sharing.

In Flanders Fields
By John McCrae (1915)
In Flanders fields the poppies blow
Between the crosses, row on row,
That mark our place; and in the sky
The larks, still bravely singing, fly
Scarce heard amid the guns below.
We are the Dead. Short days ago
We lived, felt dawn, saw sunset glow,
Loved and were loved, and now we lie
In Flanders fields.
Take up our quarrel with the foe:
To you from failing hands we throw
The torch; be yours to hold it high.
If ye break faith with us who die
We shall not sleep, though poppies grow
In Flanders fields.

Posted by Veronica Randolph Batterson at 3:06 PM No comments: