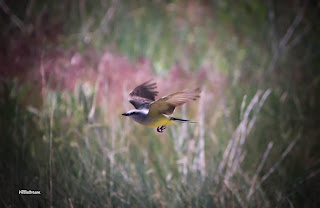 A few weeks before Christmas, I started writing a short story called The House at the End of the Road.  Its prose was set to reflect the season, and I planned to post it here on Christmas Eve of 2018.  Well, eve, day and the rest of December came and went with the story remaining unfinished.  I then thought I could rework it, making it a new year/new resolutions type of story with the intent of posting mid-January.  Again, I’ve missed my self-imposed deadline.  It’s incomplete and I’m stuck.  If I could simply publish as one the number of short stories I’ve written, not finished, or ones which remain in first draft form, it would be one heaping anthology of work.  I could do the same with all of the rejection letters I’ve received over the years from literary agents, but I’d rather ignore that one.
When I revisit the stories, I sometimes wonder what in the world I was thinking when that one was taking shape; at times I think “Hey, that’s pretty good,” while some make me laugh out loud because they are funny.  They really are.  Some make me cringe, and others are just awful and deserve to be burned.  I’ve written short stories about everything from guardian angels to community theatre, which by the way has far-surpassed the short story word count and has ventured into novella length.  I might have to rethink that one.
Now I’m in a funk and a fog.  I can’t complete one now for some reason, and I don’t think it’s writer’s block.  There has been no problem for me to work on a play that’s been hanging around in my head for a while.  The title of “Playwright” looms, so goals do give one motivation; too many irons in the fire hinder it, too.  My website is under construction, I’m in the post-publishing slog of promoting my current book, the next book is in the outlining process, I have many photographs that I’ve yet to edit, and I recently lost a dear, “old” friend of mine.
That last part has been the toughest, so finishing much hasn’t been easy.  Maybe my priorities and directions are changing, too.  I do have some work I haven’t shared here though.  Finished.  Complete.  Published.  Ready to be read by anyone and everyone.  So, January’s blog offers an excerpt of Williamsburg Hill.
Two timelimes - Chicago, 2015 and Williamsburg Hill, 1880, tied together in one neat story. Excerpts of both are below.  Thanks to all who have already purchased, read, plan to read, shared on social media, offered feedback and given reviews of this book.  It is so appreciated.  I’ll add that if you’ve read a book that you truly enjoyed (by any author), give that person a shout-out.  If you liked it, share it.  If you’re so inclined, give it a review.  These are little things that matter more than you can imagine, and it costs nothing.  Writing is a solitary job, and when it takes years to complete one project, kind words matter a great deal.  It makes me feel as if all of the work meant something.
Finally, another year has passed and I’ve kept this blog going.  Seven years. Yay! Happy anniversary to me. 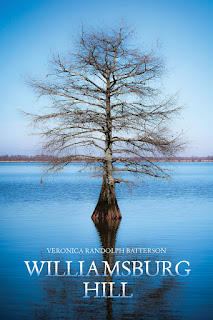 Thanks for reading!  Williamsburg Hill can be purchased in paperback and Kindle versions on Amazon and in exclusive bookstores. Copyright applies.  ©Veronica Randolph Batterson