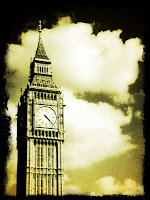 A few years ago, I wrote a short story that takes place during the Jack the Ripper era in London. Written from the servant's perspective, the fictional piece, titled Jack, addresses the crimes of that period from a different angle. Thanks to all who take the time to read my fiction and posts.  I do appreciate it.  As always, copyright applies to all content. (©Veronica Randolph Batterson)

Posted by Veronica Randolph Batterson at 1:54 PM No comments: