The Backstory to Williamsburg Hill

September 20, 2018
My novel Williamsburg Hill will be published soon, and I thought I'd share the backstory of how it started.  The genre is historical fiction with a dual timeline (present day and 19th century).  The back cover blurb begins with the following: When history touches the present through an old ghost town, its cemetery, and an ancestral piece of furniture passed down through generations… The Backstory: In early 2014, I began listing ideas for my next book.   Historical fiction was a genre that I wished to attempt, but it was important to me that the historical part of the book be something that wouldn’t present a lot of challenges with research.   I lived in the Chicago area at the time, so I assumed some localized history would be easy enough to research; if travel were required, it would be simple to do by car.   Easy and simple were far from reality, as I discovered, with legends and lore playing greater roles than historical documents in creating this bo
8 comments
Read more
Recent posts

July 22, 2022
I think Fine Art America has finally fixed the issue that the majority of its users disliked: that the most popular/highest sales images were being shown first to viewers as a default option. We finally have the option now to show the latest uploads first...something that had always been our choice: to arrange the images in the way we wanted them shown, and one that I'd always utilized. Newest first. Hoping that it remains "working" with no more hiccups. Sharing some more images here. They're simply screenshots with the higher resolution photographs available on the site.  Btw, as usual, I can't quite get the spacing between the images right. 😕 Thanks, all.
Post a Comment
Read more

More to the Playlist

July 01, 2022
The following songs remind me of summers past. One hit the charts early in my college years, while another was released as I neared the end of my university years. They bring back memories of people, the University Center, an old beat up hand-me-down car, and a new stick-shift (manual transmission) I bought myself. I learned to drive it after I bought it!  The other songs came much later, and I've no idea the time of year they were released, but they remind me of good times during the summer. The 4th of July holiday, the beach (particularly Hilton Head or Kiawah Island, S.C.), fresh produce stands on the side of the road...watermelon, peaches, corn on the cob, tomatoes.  Adding to a very long playlist of great songs... Youtube shares:  The Motels - Suddenly Last Summer Kim Carnes - Bette Davis Eyes Sade - By Your Side Dido- Thank You Dido - White Flag
Post a Comment
Read more

June 10, 2022
"In an old house in Paris that was covered with vines lived twelve little girls in two straight lines...The smallest one was Madeline..."   It seems I'm forever going through boxes that have been packed away. The latest, and hopefully last, has been sorting the original American Girl dolls (and all of the paraphernalia that goes with them) which belonged to my daughters when they were children. It's time for those things to be passed on to the adult kids to handle and do with as they choose.  As it always seems to be, there is a hitch of nostalgia along the way. Not only with those dolls, but I found some books that meant something to me early in my life. I later bought the series for my daughters.  I adored the Madeline books (by Ludwig Bemelmans) when I was a child, and the greatest memory of watching television back then was this little story which aired periodically. When? I can't recall. Perhaps it was on Saturday mornings when network cartoons aired until ab
Post a Comment
Read more

May 17, 2022
Lately, I've noticed there has been a Fine Art America glitch that affects the order of photos which can be seen by viewers visiting the site. This is the same for my Pixels website, which is through Fine Art America.  When I upload photos to my Fine Art America site, I allow the latest upload to be viewed on the first page. So the order is from the most current images to the oldest. With nearly 500 images, there are numerous pages. However, when simply typing in the URL of the websites, clicking on a link to the websites, or searching on Google or Bing, the first page on the sites shows photos that were uploaded around 2013. Since I have sold images on FAA since 2012, I'm uncertain just how much of my current (the last eight or nine years) work can now be seen by the public.  That's a loss of potential sales.  I've reported the issue to FAA, and I hope the problem will be corrected. Below is a screenshot of what the first page should look like, in addition to screensh
Post a Comment
Read more

May 10, 2022
Music video #3 of good music from Youtube. I like sharing these, and this particular song meant so much to me as a parent when Rod Stewart released it. The words resonate, and nostalgia hits hard whenever I hear it now.  Forever Young , performed by Rod Stewart; songwriters: Bob Dylan, Jim Cregan, Kevin Savigar, Rod Stewart
Post a Comment
Read more

Eye in the Sky

April 18, 2022
My new "hiatus" is allowing a little freedom to post at random, whatever and whenever I feel. Sharing another great song from a while ago.  Music, lyrics...all complete. Use your imagination with the amazing intro...it tells so many stories. What do you see? Eye in the Sky by The Alan Parsons Project.
Post a Comment
Read more

I Only Have Eyes for You

April 13, 2022
When a beautiful song that was before your time makes you listen...and daydream, and appreciate its simplistic message and artistry. Of new love, or old; or infatuation or devotion. Hopefulness. Innocence. Confessions. Soul Mate. Twin Flame. Devotion. Withstanding the test of time.  Every time I hear it, I listen as if it's the first time I have. I imagine the visuals...black and white, opening or closing a film, or transitioning between scenes. It tells so many stories. Listening allows me to see them.  I Only Have Eyes for You by The Flamingos.
Post a Comment
Read more
More posts 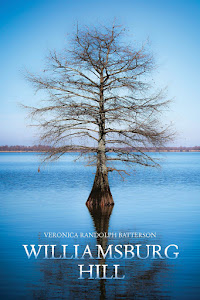 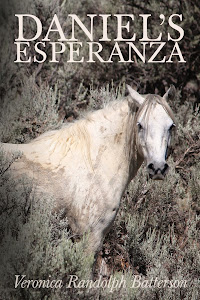 DANIEL'S ESPERANZA at The Booksellers at Laurelwood 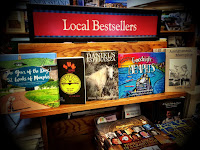 The Booksellers at Laurelwood - Memphis, TN 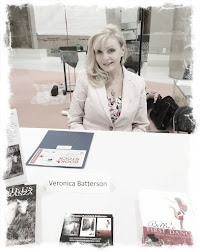 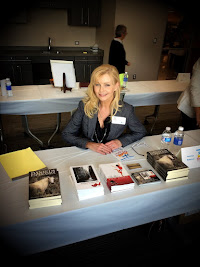 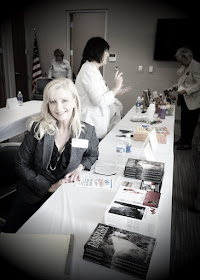 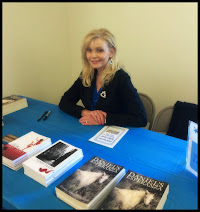 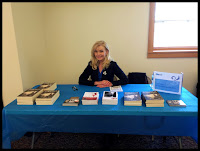 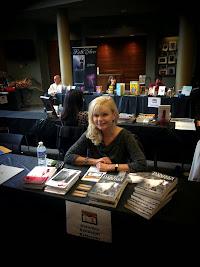 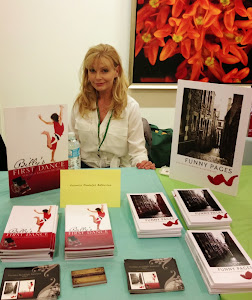 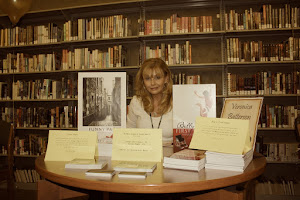 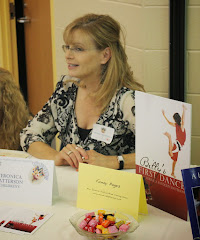 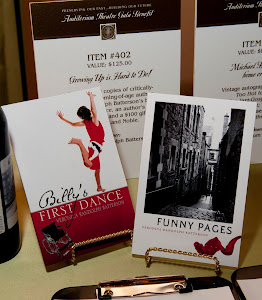 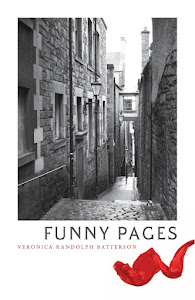 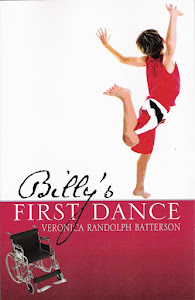 Some of My Photographs 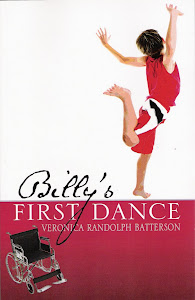 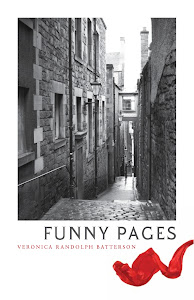 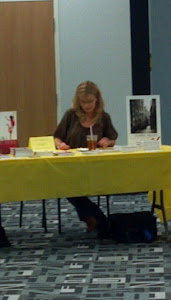 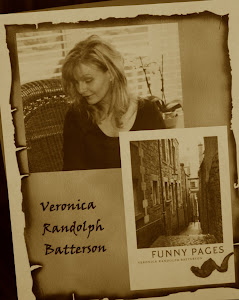 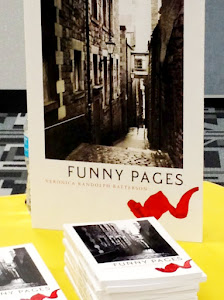 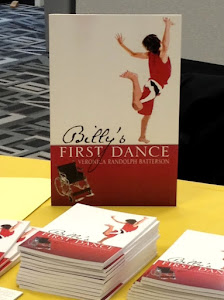 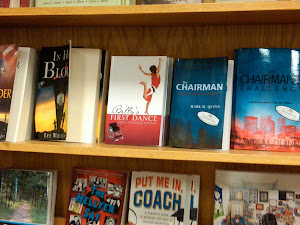 "When you turn around, you'll see something I bet you've never seen before. It it takes your breath away, then you'll fit in nicely. If you don't feel anything, then maybe you don't belong here." - Frank, Daniel's Esperanza

"Stallions," Frank said, "they're fightin' over a girl." - Daniel's Esperanza

"Dancing. I couldn't understand the fascination my brother had for it, but I could respect what it meant to him. How could one imagine and wonder about something so simple? An action most take for granted, yet to those with limited abilities, it's as special as floating on a cloud and snatching the nearest star from the sky to stuff in your pocket, so you might wish upon it whenever you choose." - Junie, Billy's First Dance

"The cape fills the page with crimson brilliance. Its color flows like a raging stream from one frame to the next. The fabric is smooth and inviting, yet dangerous and unpredictable. In the right hands, it protects the good while destroying evil. But the wrong person can cause great harm with the magnificent cloak. Samuel must never allow anyone access to his cape. The village of Marchmont depends on him to protect it." - Funny Pages