For this blog entry, I'd like to share a flash fiction piece I wrote recently.  "Old Wauhatchie" might resonate a little with my friends in Tennessee and Georgia...Chief Wauhatchie of the Cherokee Nation and the Trail of Tears, a time when the tribe was forced to give up its land due to the Indian Removal Act of the 1830s. There is a road in existence today called Old Wauhatchie, just around Lookout Mountain in Chattanooga.  This short story is part history, part dream sequence, part paranormal and I took some liberties, but it is fiction.  The history itself was not changed, just mentioned.

As always, copyright applies, ©Veronica Randolph Batterson, and thanks so much for taking the time to read my blog.

By Veronica Randolph Batterson
The mist rose from the river, its ghostlike veil spreading slowly and sensually through the brush of trees and along the path where she waited.  It separated like arms, wrapping around her ankles, swirling, and gently enfolding her in an embrace she couldn’t feel.  She watched as it continued and spread, caressing the earth like a familiar lover, confident and comforting.
Twilight was quickly turning to dusk; the colors from the departing sun created shadows that danced and angled before her eyes.  The swelling mist played tricks, bringing the dark forms to life.  The silhouette of a man jumped from a rock, only to be replaced by the contours of a bear running into the woods.  An arrow shot from a bow near a tree, its momentum turning it into a bird with wings that spread and hovered over her until it glided out of sight.
She knew he was nearby and felt his presence throughout her body.  Her senses were sharp; the slight snap of a twig brought her head up.  She waited.  Then the scent reached her nostrils, a woodsy blend of cedar and oakmoss, hints of evergreen and honeysuckle with a puff of tobacco.  It lingered under her nose, intoxicating and light, keeping her still in anticipation.
Then drumbeats, faint and steady, filled the air and echoed through the trees, hinting at greatness to come.  Or danger, but she wasn’t afraid.   She knew she was being summoned, as it was her time, and he would be there waiting.
“Listen to the river,” the wind breathed.
Through the mist, lifelike forms appeared.  They walked toward her, hundreds it seemed, women carrying babies on their backs and children dragging behind.  Their faces etched with sorrow, in their arms they carried all they owned.  Men intermingled, solemn and stoic, walking tall yet anger simmering at being driven from the only land they’d ever known.  Their land.
And she saw Wauhatchie, Chief of the Cherokees, chief of these displaced souls, limping to follow.  Stooped and aging, his face belied his youthful greatness; he was simply a man forced from his home now, like all his people.
This tribe of spirits walked past her and through her.  She felt the rush of air, a whisper of breath touching her skin as they passed.  Sadness and despair washed over her and the sense of loss was so great that she wanted to cry out at the injustice.  This trail of tears left her cold and empty.
The drumbeats stopped and there was quietness all around her.  She heard a pebble skim across the water.  She turned toward the sound and saw someone emerge from the thicket of trees.  He was there.
He was as she remembered, as he was when he left.  His dark hair, touched with gray, looked damp from the mist.  The smiling green eyes still smiled.  For the first time, she wondered how she appeared to him.  It didn’t matter, she thought, as he took her hand in his own.
She met him years before, on Old Wauhatchie, where winter brought an icy chill and summer bore scorching heat and singing cicadas.   She lost him there, too, when the river rose and took him away.  Then he joined the others, specters with tales and stories of their lives, sharing with those who could feel them.  And he waited for her.
The drumbeats sounded again as darkness enveloped them.  Her vision adjusted, allowing her to see everything as she would in daylight.  The river reclaimed the mist, the wispiness retreating to the murky waters in wait for the next arrival.  He looked at her and kissed her hand.  They had a story to tell.
“Listen to the river.”

Posted by Veronica Randolph Batterson at 4:30 PM No comments:

I'm doing a quick blog post right now to let you know about Fine Art America's July promotion.  Any and all orders (it doesn't matter the amount you spend) will come with a $100 gift certificate for wine from NakedWines.com.  Of course, I'm including the link to my FAA page just in case anyone wishes to include some of my work in their orders and there are a lot of options from which to choose: canvas, acrylic, metal, poster/art (all framed or unframed and in any size) prints and greeting cards. Also, cell phone covers are available, too, in the artists' images.  There is an abundance of talent on this site, all with beautiful work to sell. I highly recommend any and all to check it out.

The link to my personal site is http://veronica-batterson.artistwebsites.com. I've included a few photos you'll see, but visit the site for greater resolution of these images and many more. Thanks for reading and for taking a look. 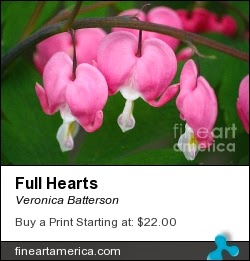 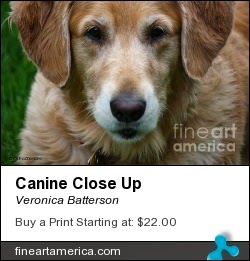 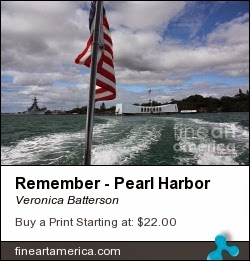 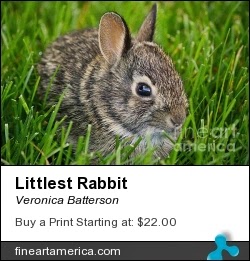 Posted by Veronica Randolph Batterson at 9:34 AM No comments: