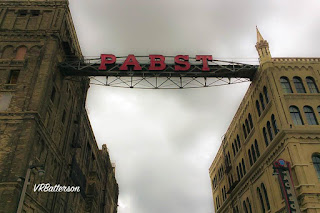 I’ve always affectionately referred to my older daughter as someone who marches to the beat of her own drum.  The word traditional isn’t one I’d use to describe her and I think she prefers it that way.  There is a wonderful photo that occasionally floats around Facebook that depicts a group of young girls in dance class.  All but one stands in first position in front of a ballet barre, waiting for instruction. The other one?  She’s hanging upside down from said barre, winging it.  The caption reads something like this: “There’s always one.”  I think my daughter was generally always “that one”.

As a very young child, my husband and I carried her to dance class (screaming all the way) every Saturday morning for two years.  She hated it, but since she started wearing corrective lenses at the age of two, the classes were necessary to help her with hand and eye coordination.  And if you’ve ever had your fingers accidentally stepped on by a child who is wearing tap shoes (it hurts – a lot), you’ll probably understand I was relieved when those classes ended.  Basketball and softball eventually followed and she was much happier.
Dolls were never her thing either.  There was one that held her interest for a while after she cut off its hair, giving it a Mohawk.  She named it “Stick-em-up-hair-Barbie” and it took the place of all the American Girl dolls she owned when she wished to play with a doll (and that wasn’t often).
Her spontaneity, ready laughter and unique personality are traits that define her, and she married a man recently who shares her outlook on life, too.  So it really didn’t surprise me when they told us where they’d chosen to celebrate the big day.  Given who they are, their love of Wisconsin and the fact that her new husband is co-owner of The Hopewell Brewing Company in Chicago, their choice was fitting and represented who they are.
Best Place at the Historic Pabst Brewery in Milwaukee was it.  In operation from 1844-1996, new owners purchased the site in 2001 and eventually opened its doors to the public.  Named after the brewery’s founders and with historical preservation in mind, it is now a site for tours, events and serves as a well-known wedding venue.  It was the perfect location for our daughter’s wedding, with the ceremony being held outside in one of the courtyards, and a delicious dinner (provided by Zilli Hospitality Group) enjoyed indoors.  Then it was outdoors for music and dancing by MKE Sound.  Holen Photography worked the entire event, capturing the memories of the evening for all to remember.  It was a lovely night, made even more special by all of these individuals.  Thanks to all.
I have to say that my daughter was truly beautiful.  Her choice of wedding dress, and hairstyle (with no veil) were lovely.  Adding to the uniqueness of the evening:  the bridal bouquet was a King Protea flower (Greek legend says it’s named after Poseidon’s son, Proteus); rather than having gift favors for guests, the couple made a donation to PAWS; they also made a Girl Scout troop in Chicago very happy by making a large cookie purchase for guests to have at the reception in lieu of a cake.  However, the bride and groom did cut a small cake for photos, but I believe they were just appeasing me.  I bought a German cake knife and server (circa 1930) for them from an antique store about a year ago to use for their wedding cake.  Little did I know that a cake might not be part of their plans, but it meant a lot to me that they remembered.
Many thanks to Best Place and all who made the day special.  It was one that reflected the beauty and character of the young couple getting married.

Posted by Veronica Randolph Batterson at 9:46 AM No comments: