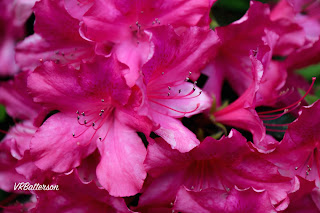 Opening a box and seeing some old art supplies prompted this blog post.  For weeks, I’ve thought about it and worked on it: editing, deleting, rewriting, setting it aside, then coming back to it.  I decided not to share several times, but the need to do so wouldn’t leave.  This volley of back and forth indecision is really explanatory of the whole thing; it is controlling.  So, why not?  They say release is good.
In the fall of 1980, I was a naïve eighteen-year-old college freshman attending the largest university in the state.  At the start of the school year, I was clear-eyed and trusting, excited to be away from home and looking forward to meeting new people; studio art was my focus.  By the end of the year, I felt defeated and demoralized due to the actions of a teaching assistant.  One class.  One graduate student.  Unfortunately, I’ve allowed him and my experience with him define too much of who I am today; I haven’t put paint brush to canvas in thirty-eight years.
This student taught the final art class of the term, and the last art class I ever took.  He charged past that invisible line of appropriateness, and I became the statistic that no woman ever wants to be.  My response: I transferred to another school, changed my major, destroyed most of my art work, and never told anyone.  It’s a lonely club to be in, trying to convince yourself you were a victim while fighting the belief that you’ll never deserve anything better.  Perhaps if there had been camera phones and social media back then, I might have had an easier time of getting through it.  At the very least, the odds of finding a support system to give me a little courage would have been greater.  As it was, isolation was where I retreated, and where this has remained until now.
There are times I can’t remember what I ate for lunch the previous day, yet nearly four decades later I remember everything about that teaching assistant.  His full name, where he was from, what he looked like, the intensity of his eyes, the paint under his finger nails, the color of his hair, how he smelled and what he wore.  Timewise, my experience with him was but a miniscule fragment of my life, yet it has been one of the most controlling and emotional barricades I’ve faced.  And I’ve allowed it.  It was easier to push it to the back of my mind than to face it.
Years later, the difficulty always surfaced whenever I had to enter an art supply store with my younger daughter.  It wasn’t easy wandering the aisles and picking up things she needed for her classes; the inability to focus, feelings of nausea, and melancholia were real, and they hit hard because of something I had no control over.  Occasionally, I would purchase things for myself with the intention of someday “doing something with it”, but that day has yet to come.  I even enrolled in art courses at the university level and through art leagues several times over the years, convincing myself when I did so that I could overcome it. I cancelled all before ever attending.
When my daughters were younger, I wished for them to be fearless.  This had to do with possessing the inner belief in oneself, of allowing confidence to override insecurity; knowing without a doubt that they had the right to attempt, work for, and earn the same things in life as anyone else.  I don’t think I was the best role model, though; I earned a failing grade with that fearless bit, and I’m pretty sure they picked up on it.  How can I expect things of them, when I don’t exhibit the same for myself?
A positive movement is happening for women, and this in part has emboldened me.  It makes me hopeful, and anxious.  In becoming stronger, I hope women embrace the past, learn how the paths were blazed, and never forget it.  We weren’t just dropped onto this earth, entitled to the rights we enjoy. There were pioneers who paved the way for us.  Nellie Bly.  Alice Paul.  Lucy Burns.  So many others.  Then there are the rest of us, with our own private obstacles to overcome, complete with history that defines us, hinders us and encourages us.  We might not change the world, but we matter, as do our personal stories.
I’ve followed a different artistic path with my photography, books, and short stories, and I’m proud of these things.  But this other thing lingers, so this morning I did something new:  an art supply search on Amazon.  For myself.  Baby steps.
Posted by Veronica Randolph Batterson at 3:43 PM 8 comments: