(The following source is credited to the Farmers' Almanac.) 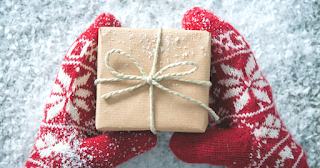 "Each year, on December 26th, several countries around the world celebrate a holiday known as Boxing Day. It is officially recognized in Commonwealth countries (places like the United Kingdom, Australia, and our neighbors to the north, Canada). Americans see this holiday on the calendars, but few know what Boxing Day represents.
In fact, even though this holiday has been officially recognized in the UK and Canada since 1871, many of the people who celebrate it each year are unclear on what it means or how it came about.

The traditional Christmas carol “Good King Wenceslas” tells the story of one of the possible origins of Boxing Day. The events of this carol take place on December 26th, which also happens to be the Feast of St. Stephen. In the song, Wenceslas, a 10th century Duke of Bohemia, sees a poor man and he decides to help this man. The Duke enlists the help of his page in gathering food, wine, and firewood, boxing it all up so that they can take it to the peasant. Then, Wenceslas and his page brave a blizzard to deliver the boxes of goods.
Legend holds that Wenceslas’ actions started a tradition in which churchgoers would donate money during the Advent. Then, on the day after Christmas, the boxes of money would be broken open and distributed among the poor. After decades of carrying out this (un)boxing tradition, December 26 became known as Boxing Day.

Another tradition says that it originates from the practice of the aristocracy giving their employees bonuses and presents on the day after Christmas. As the stories go, employees would take their boxes home and open them up with their families, hence Boxing Day.

What We Do Know About Boxing Day

We may not know precisely how this holiday came to be, but we do know one thing: The first recorded mention of Boxing Day comes from a 1830s version of the Oxford English Dictionary. The definition given is “The first week-day after Christmas-day, observed as a holiday on which post-men, errand-boys, and servants of various kinds expect to receive a Christmas-box.
In other words, according to this definition, Boxing Day is a day to recognize all the service people in your life by leaving them Christmas presents. This year, if you want to celebrate Boxing Day the right way, make sure to leave a box of goodies for delivery people, the sanitation worker, and all the other people that make life easier for everyone."

(Per the Farmers' Almanac)

Posted by Veronica Randolph Batterson at 2:31 PM No comments: