Since my third book is published, it’s time to think of the next one.  I’ve been tossing around the idea of writing historical fiction, a genre that I love to read, and I think I’ve found the basis of the story.  Research for it began with a trip in August.
My husband and I drove to south central Illinois to an area of the state that technically no longer exists.  Well, one area does, which is a reminder of what used to be, I suppose.
The town of Williamsburg, Illinois was a thriving community, which began in 1839.  Its prosperity was due mostly to the stagecoach line that ran through the village.  The demise of Williamsburg came in 1880 when the railroad constructed its line to the east of the village.  Stagecoach travel died and the residents of the town moved to be closer to the railroad.  Williamsburg became a ghost town and there is nothing left of it.
However, the village included an area known as Williamsburg Hill, which rises over 800 feet.  Somewhat of an anomaly, its location is in the middle of flat cornfields.  It’s easy to see once you get there but mapping it was a little difficult for us.  The GPS in the car had us driving through cornfields; thankfully my iPhone led us directly to it.
On top of Williamsburg Hill is Ridge Cemetery and if you believe the folklore written about the area, it is haunted.  I did not wish to go to Ridge Cemetery (reading about it “gave me the creeps”), but when you’re the passenger in a vehicle driven by a determined human being, well, sometimes you end up where you didn’t intend to be.
And that is how we ventured onto the grounds of one of the “Top 10 Creepiest Cemeteries in Illinois” (per Mysteriousheartland.com).  The road leading to the cemetery has a sign warning all visitors that the grounds close at night and trespassers would be prosecuted.  Fortunately, it was mid-afternoon.
The path to Ridge Cemetery was dark due to the overgrowth of trees on either side of it.  This caused my anxiety level to go into overdrive, as shadows played across the road and I had no idea what we were about to meet.  Then once we reached the cemetery at the end of the road, the area brightened to a serene and peaceful looking resting place on the other side of an unlocked gate.
As we were the only people there, I didn’t even want to get out of the car.  It felt as if we were trespassing or intruding on something intensely private.  But when my fearless co-passenger issued a hearty, “We’re here, might as well get out,” I could do nothing but follow his lead.
I grabbed my camera and started taking photos of the area outside of the gate, constantly looking over my shoulder as if something might appear and spook me.  The intent was to never, in any way, go onto the grounds.  However, hearing a “Let’s go in,” meant either following the leader or standing by the car by myself.  The answer was clear and I was sticking close to the spouse.
Quite honestly, the grounds were very beautiful and I felt comfortable for part of the time.  Even though the cemetery dates back to the nineteenth century, families in nearby communities still bury loved ones there.  Fresh flowers graced some of the tombstones.
I began taking photos in a rapid sequence with my digital SLR camera, never concentrating too much in one area.  I moved around a bit, got a lot of photos and then the part came when I didn’t feel comfortable.  It was accompanied by a terrible smell that would linger then dissipate.  This happened several times and I was ready to leave.  The fear factor had returned.
When I looked through the photos later, I was very surprised.  While several images have some strange shadows, there was one sequence of photos that seem very clear.  I’ve included one of them here in this blog post, cropped and at normal size.   Other than annotating with a copyright, the photos are not fixed in any way.  In other words, I did not add that large, floating face above the middle headstone.
I’m not sure if I captured something, but it looks as if I did.  At any rate, the experience might cause Ridge Cemetery to find a place in my story somehow.

Posted by Veronica Randolph Batterson at 5:15 PM No comments:

I know my last few blog posts have been about my book, Daniel's Esperanza, but given the amount of time I waited to get it published and how difficult the post publishing requirements are...it is what it is, I suppose.  This is another of those posts, but it's a short one.

Many lovely things do come about once you publish a book. One is the opportunity to attend festivals and meet a lot of nice people.  I've been invited to participate in the Oswego Literary Festival in Oswego, Illinois on October 4, 2014 from 9 a.m. until 1 p.m.  I'll be signing and selling copies of my books, as will a host of other authors. Come out and meet me if you're in the area that day.

A reminder to those on Goodreads: my Goodreads Giveaway for Daniel's Esperanza will be ending on September 15. I'm offering twenty autographed copies, so check it out if you're in to entering those giveaways.

Finally, many thanks to those who have given generous reviews to Daniel on Amazon.  This is sometimes the heart of a book...it helps generate interest and potential sales (positive word of mouth helps, too), allowing it to survive and sometimes stand out in a sea of endless stories.  It is appreciated.

Posted by Veronica Randolph Batterson at 1:59 PM No comments:

Now for Kindle Users and in Paperback 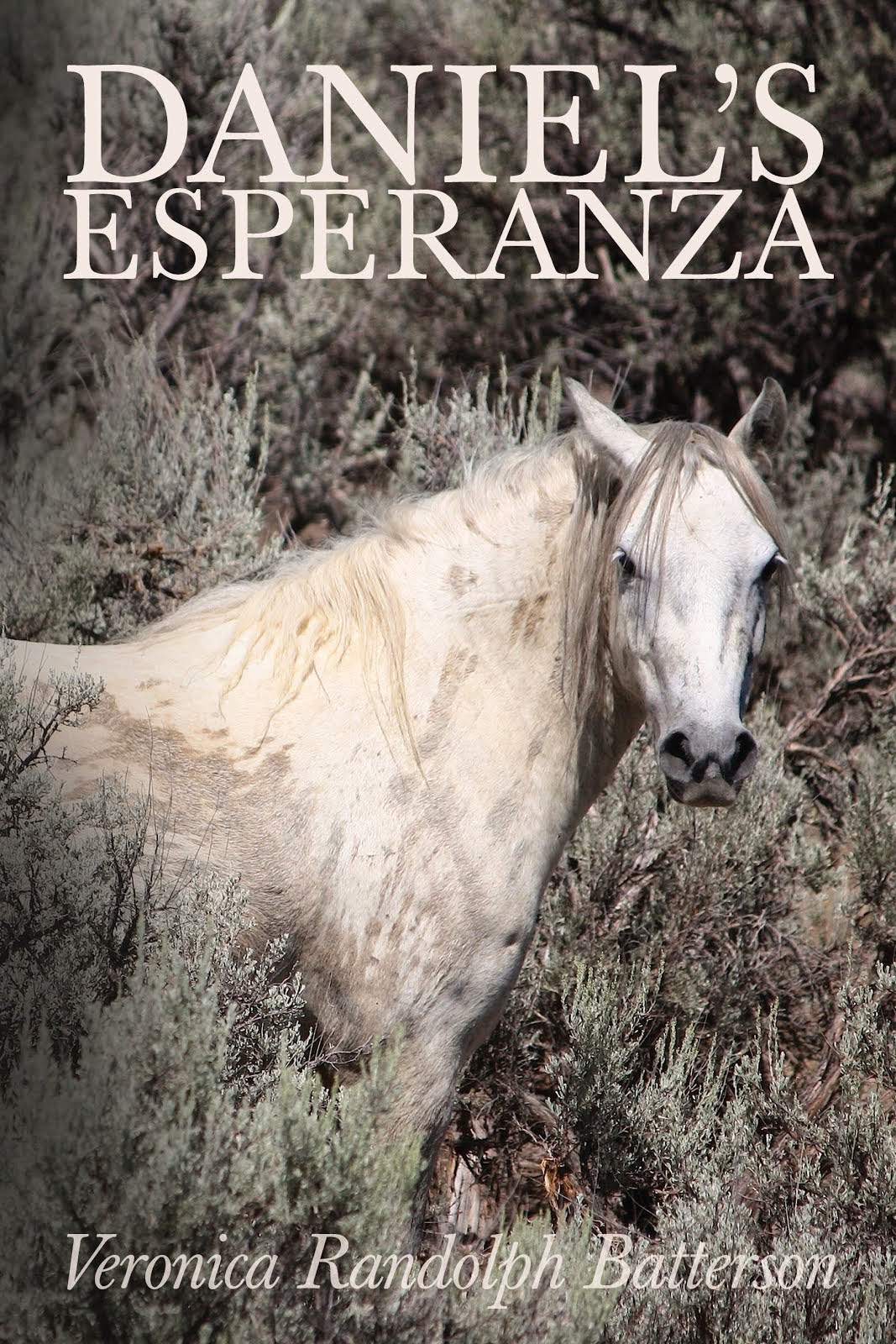 My book, Daniel's Esperanza, is now available for Kindle users on Amazon for only $6.99. Of course, if you prefer the paperback version, it's for sale, too. I always appreciate those who take the time to make a purchase and actually read my work.  Icing on the cake includes feedback and reviews.

Independent authors have to hustle and work very hard to get anyone to notice their work. If you enjoy one of their books, please be kind and take the time to tell them so. Better yet, leave a positive review on Amazon, Goodreads or anywhere else you find the book promoted and sold. These things help sales and give much needed attention to some deserving individuals.

Thanks, again. The link to my book on Amazon is Daniel's Esperanza. Also, my Goodreads Giveaway goes until September 15. If you're a Goodreads member, you know how to sign up for their giveaways. Autographed copies are up for grabs there.

Posted by Veronica Randolph Batterson at 12:39 PM No comments: